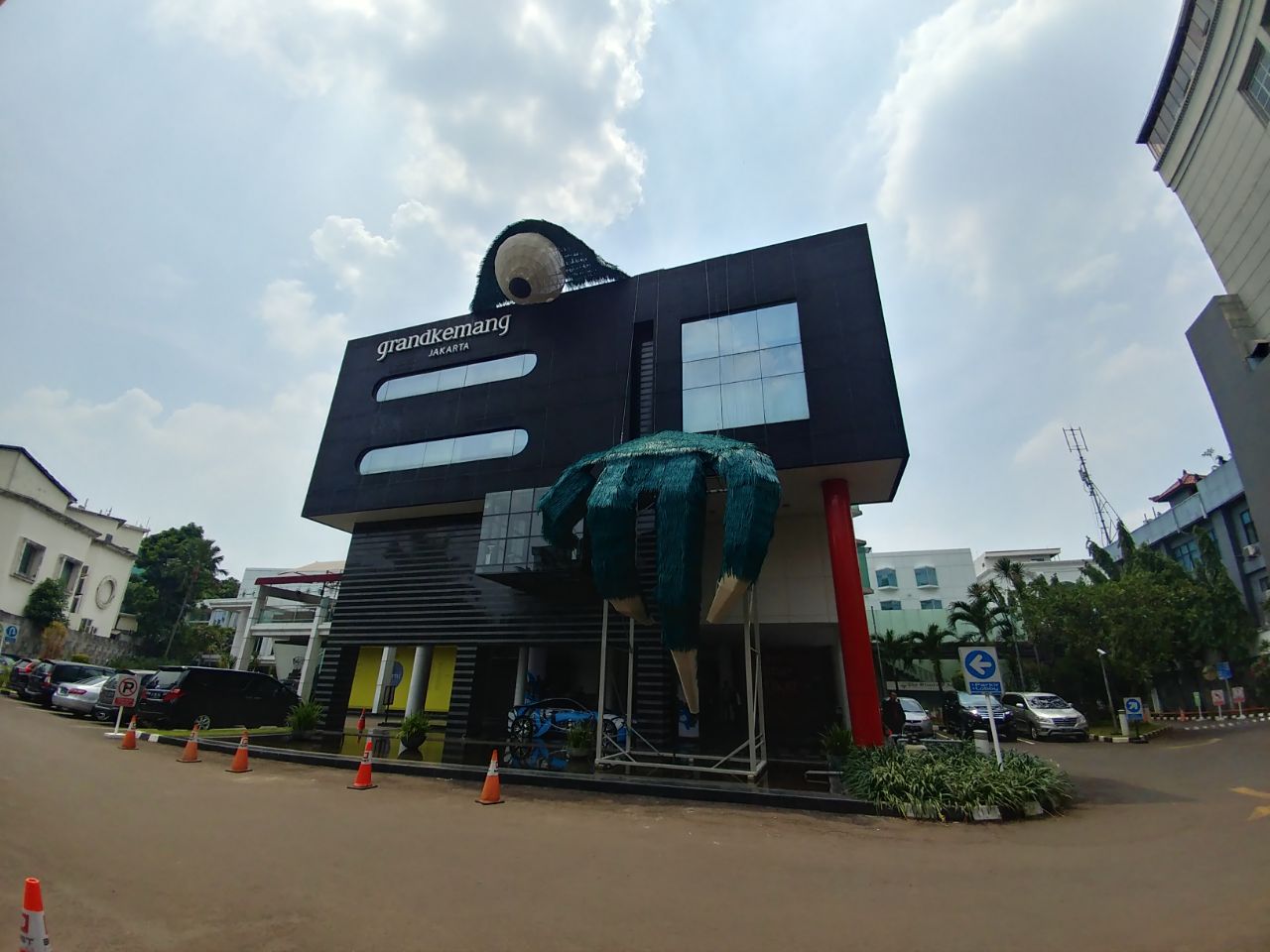 Virobuild has collaborated with Ary Indra to present a mesmerizing artwork called “There’s Evil.”  Ary explained that his eye-shaped work on the top of the building and claws gripping the front of the building was called Buto Beeru.

“Buto’s philosophy itself comes from my culture as a Javanese. The concept of space. For Javanese people, empty space is strength. Buto is conceptualizing my culture with space,” he explained.

The design forms a character, in which the claws and eye appear from a mass gap, clutched between beams, and emerge from the peak. It represents an evil, dark desire and malevolence, which we strongly want to neglect, but it is inevitable. The “There’s evil” was showcased in Grandkemang hotel Jakarta for the 8th ICAD exhibition.

Johan Yang, Vice President for Sales and Marketing Virobuild, said that his party fully supports the work of the founder of Aboday. This work is made of a metal frame fabricated by Virobuild.

“The eyeballs use Viro synthetic rattan woven in whitewashed and black colors. Evil, which is described as having a body covered in blue hair, uses Virothatch (Viro synthetic reeds), modified to be turquoise blue. As for the claws, Viro uses Viro’s artificial color. Whitewashed, which is woven to form the framework that has been made. This is the second time we have sponsored Ary Indra’s work since 2015 at the Bravacasa exhibition, “he said. 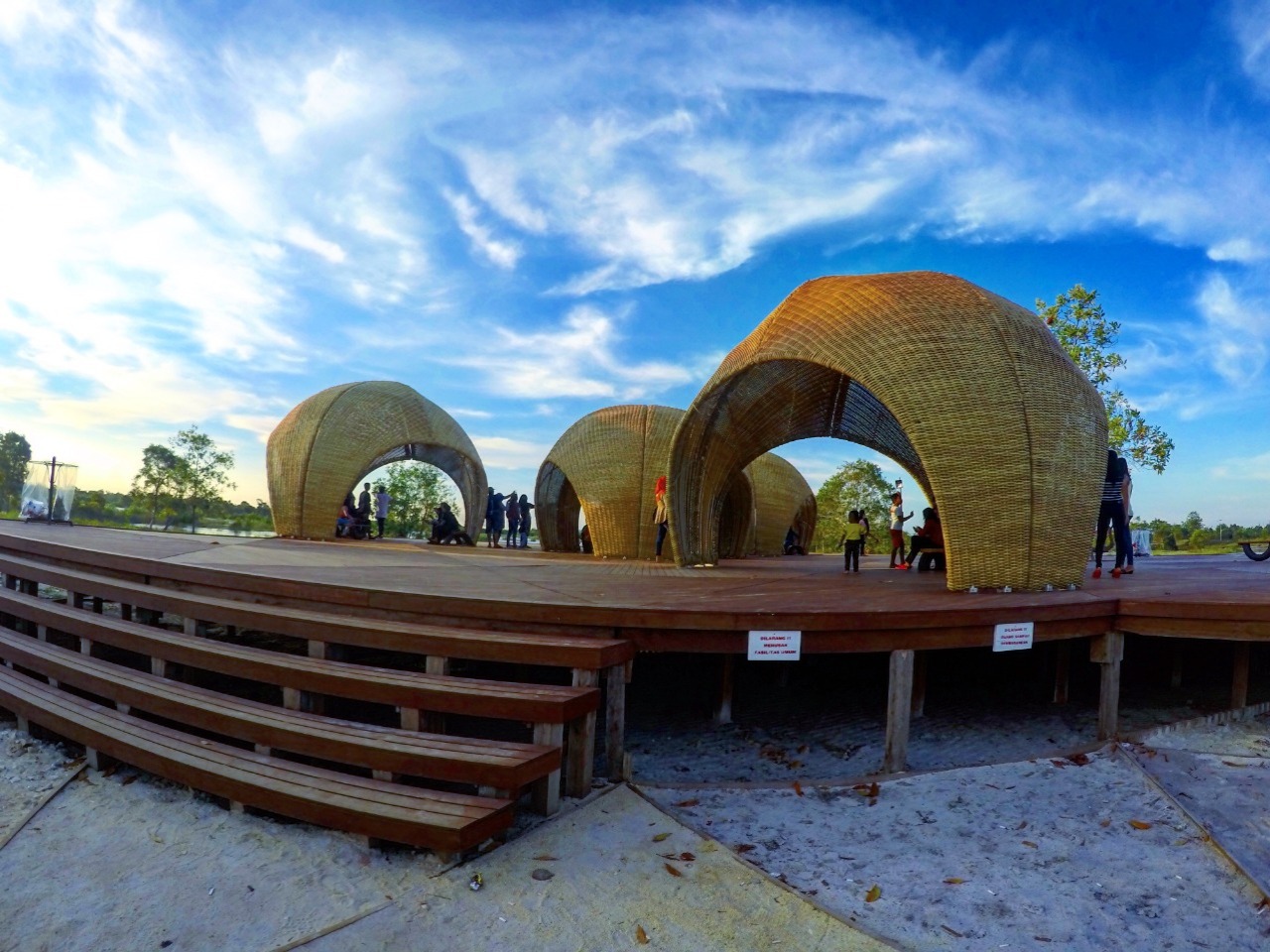 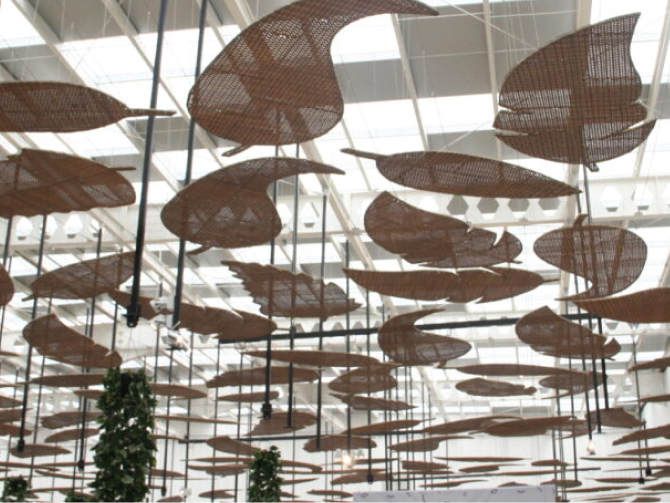 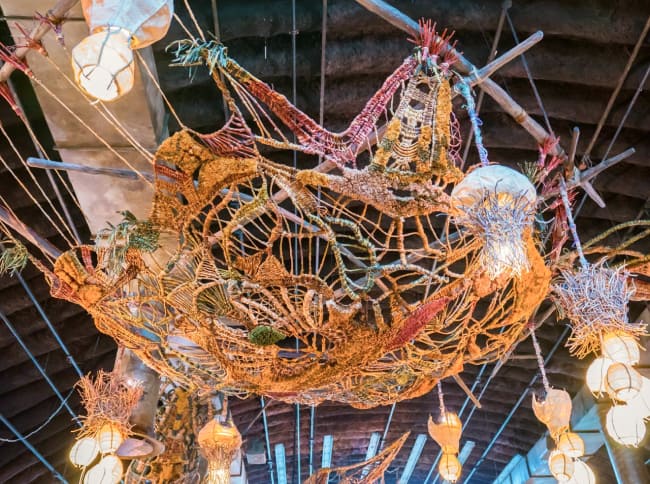